Taking Notes May Actually Make You Much More Forgetful

I know I wrote it down somewhere…

I have been checwing through a list of books on work and workspace. Read, thought about, considered and discussed with other like-mind individuals:

Drive: The Surprising Truth About What Motivates Us

The Joy of Work?: Jobs, Happiness and You

Business Reimagined: Why work isn’t working and what you can do about it

First book on the list was kind starting point thinking about the work and workplace/workspace as such. What really motivates us to do what we do and how we do those activities. Finding flow as Mihaly Csikszentmihalyi describes here is a truly rewarding feeling, however can be exhaustive after long periods.

Smarter Working Manifesto is discussion about the finding the most appropriate place for tasks we perform – office, home, caffe shop, library, etc. This also lists good amount of food for thought for those planning to offer flexible working to their workforce.

The Joy of Work discusses our relationship with work – why we prefer to work rather than sit idle. Loads of references and long list of suggested reading. Best to read it and conclude whether applicable to your situation or not – Amazon reviews help.

And still to go through:

Planning Office Spaces: A Practical Guide for Managers and Designers

Sound Business: How to Use Sound to Grow Profits and Brand Value

A Brief History of Tomorrow: The Future Past and Present

Leading from the Emerging Future: From Ego-System to Eco-System Economies

The Future of Management

I have toyed with the idea for a while. Starting last year when more mobile staff started asking for iPads to get job done when away from the office. Their Toshiba R600/700 laptops were lightweight, but lacked in battery life department and remote connectivity was not something to brag about.

They wanted tablets, however I didn’t like the idea of having whole heap of devices (the same staff had also desktop computers). Why? Well, paying double for all support (we outsourced all our IT support) and software licensing is not my ideal way of running the business.

Over many discussions the brief was formulated. The device to be used needed to:

I also added a business continuity – when office goes offline (post Office365 implementation!), you work from wherever it’s most suitable for you.

Then back in December 2012 HP was debuting its ElitePad 900. Shortly after came Dell Latitude 10. I went with the latter for Windows 8 Pro pilot. Two months later it was clear that Dell Latitude 10 is not fit for purpose. It is designed to hold with two hands, has no proper keyboard folio and Windows 8 drains battery very quickly on standby. Proprietary connectors didn’t help either. Dock was a nice option, but I wanted to connect two monitors instead of just one. Anyway the setup looked awkward and I handed the tablet to a colleague to use during her holidays.

As an interesting side-note I took a phone call form HP earlier this week and our discussion went over mobility. The sales rep was rather adamant that 32GB storage is adequate as “tablets are not storage devices”. I explained the way I see market going and we agreed that event device trail would be wasted time for me.

Looking at options available to us I got an iPad to play with. It’s good and has excellent battery life, delivers my email and works as an entertainment device. And that’s where it pretty much stops. Yes, I agree, there’s an app for anything, but business apps cost as much as on PC on average. Conclusion – It’s a companion device as I knew before and was telling all around me.

Earlier this year I took decision to move from Blackberry phones to new Nokia Lumia 920 handsets running Windows Phone 8. As most of our mobile workforce is now well familiarised with the interface and know what to expect from the handset, supplying Windows 8 Pro tablets seemed suddenly like an option again.

Last month I started investigating the topic again and looked at various devices from Lenovo Yoga to Microsoft Surface Pro. Considering weight, SSD size and screen resolution I got one Surface Pro with 256GB SSD and HP Port Replicator 3 (USB3 version). Running it currently as a pilot the setup includes tablet with two 1080p monitors and USB3 port replicator when in the office and with Microsoft Type keyboard when out. All this under £1000 looks reasonable deal. We’ll deliver Office365 project to all staff within next two months which means roaming users will have access to their files via tablet, smartphone or web browser. All other software is web based and available via secure access.

The only downside of Microsoft tablets (both Surface and Surface Pro) is lack of mobile internet. Some see this as cost cutting mechanism and prefer tethering internet via mobile phone. Let’s hope that whatever surfaces from Microsoft workshop next will be lighter, better connected and have longer battery life.

Alongside meetings and events I have come across a number of interesting articles.

Mobile is The New Face of engagement – an executive summary by Forrester research (http://docs.media.bitpipe.com/io_10x/io_105129/item_542878/Mobile_Is_The_New_Face_Of.pdf)

Why Amazon and Salesforce are pulling away from the cloud pack – good article and follow-up discussion on #cloud, #saas, #paas and disruptive technologies (http://gigaom.com/cloud/why-amazon-and-salesforce-are-pulling-away-from-the-cloud-pack/)

Three Ways to Think Deeply at Work – how to use short disruptive tasks to focus on larger problems and working in four hour blocks uninterrupted to achieve result. (http://blogs.hbr.org/cs/2012/09/three_ways_to_think_deeply_at_work.html)

5 Ways To Transform Meetings With Tablets – some disruptive ideas for the enterprise. However I still favour one screen and NO laptops nor tablets in an engaging meeting. Big screen – yes, digital whiteboard – even better! That’s at least what we use for internal development meetings. (http://www.businesscomputingworld.co.uk/5-ways-to-transform-meetings-with-tablets/)

EC sets out strategy for EU cloud data and standards – more centralised thinking coming form the #EC. Good if this is to set out ONE framework and member states need to abolish their own #cloud legislation. However there’s one massive flaw here (as well as in #EU in general) – none of the member states are usually forced to follow this framework and larger players don’t want to let go of their own. Good initiative anyway. (http://www.computerweekly.com/news/2240164009/EC-sets-out-strategy-for-EU-cloud-data-and-standards)

Clearing my mailbox, I found this absolutely necessary webcast on creating and delivering great presentations. I would definitely recommend it to anyone who needs to give one.

Link to the webinar is here.

As the days get shorter and running out after 6pm means being not so well visible, I decided to make an ID card that I carry with me. I should really consider laminating it, but so far it’s fine in plastic bag. If you want to download a template (in Word .doc 97-2003 format) to make your own, please feel free to do so. And be safe while outside!

A good point has been made about the amount of email we receive with initiative to change the way we treat others by email. It is more relevant now where we think of email as part of unified communications. That is – you treat email as every other means messaging – sms, twitter, facebook, IM. Anything, but email that was to carry a message of some importance without too much clutter in it.

the solution is proposed by people behind this site and I encourage everyone to read it through and give it some thought. And where applicable, pass the message on.

Thanks for taking time to read. EOM. 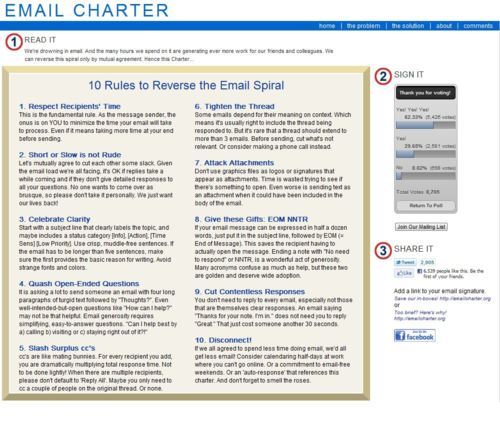 I just came across an article or more like hate-list by Jack Wallen from techrepublic.com on negatives when working in IT. This pretty much sums up what it is to work in IT related job. Read it here http://bit.ly/fA21Nd